A simple white obelisk, its four faces reflecting the role Yeppoon's men and women played in international conflicts, the first being WWI, provides an integrated precinct of remembrance in this coastal central Queensland town. Look a little further and other traces of the grief and national pride felt by this community after WWI can be found.

Mature hoop pines, chosen for their longevity and suitability to withstand seaside condition, have flourished along Anzac Parade. They extend around the corner into Normanby Street.

When the obelisk and surrounds were restored in 2010, a marble tablet listing the 68 townsmen who enlisted in WWI, was incorporated on the eastern face.

Plaques commemorating the enlisted for WWII, Korea and Vietnam have been added. 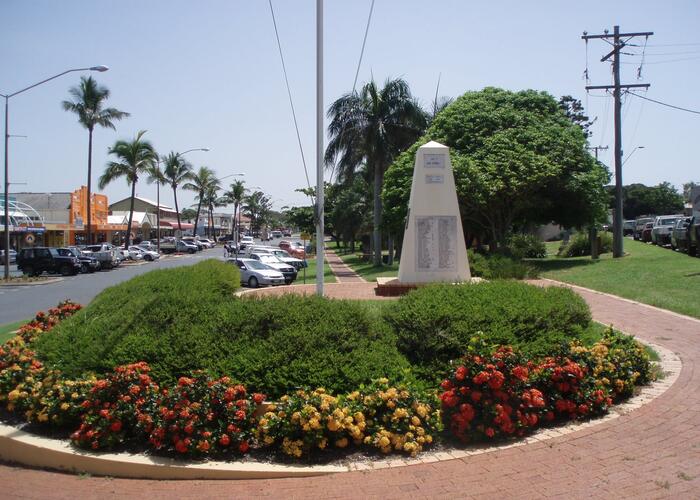