Many of the 60,000 Australians who died in WWI were young men. They never had the chance to grow old, hence their depiction in Queensland's favoured soldier statues, like the one in Miriam Vale.

The Miriam Vale war memorial was unveiled on 14 December 1921.

Public subscription had raised £238 for the monument, one of many created by Brisbane firm AL Petrie and Son.

While the statue itself is replicated across the state, the ornate sandstone pedestal on which it stands, complete with gabled cornice and a moulded wreath, is a one-off. The front marble plate bears a leaded inscription, naming 13 men from the district who died at war. Such honour rolls provide unique insight into how small communities rallied to the Empire's cause and were affected as a result.

The names of eight locals who died on active service in WWII have been added.

Miriam Vale's war memorial faces the morning light and railway station at the southern end of the town. 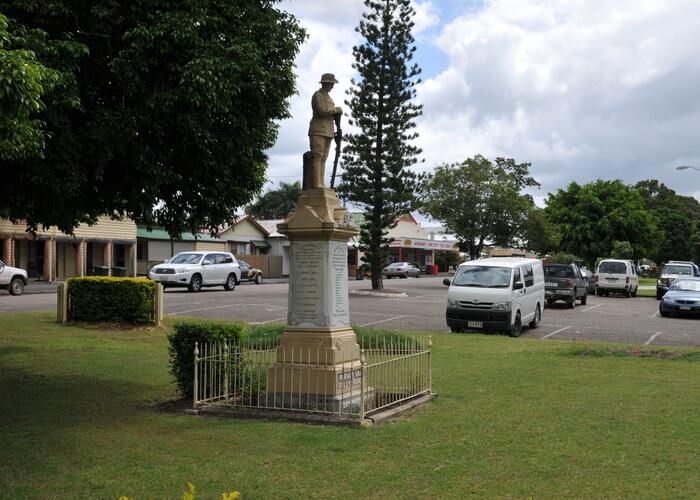 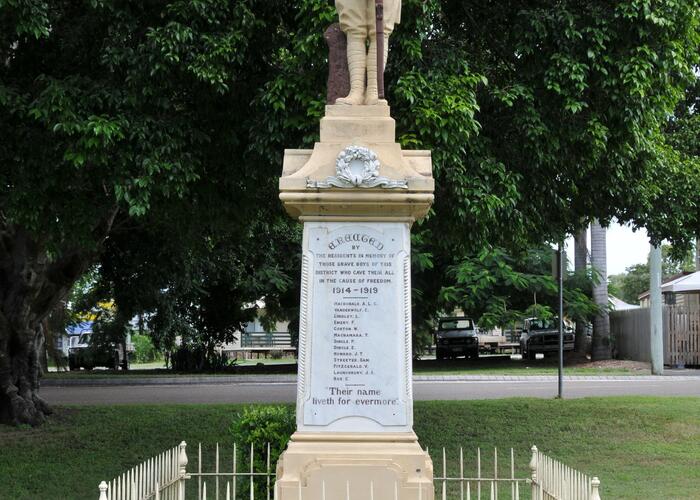