The north Burnett town of Gayndah is known for its oranges, and Queensland's most impressive outdoor honour board to war heroes.

Harold Wilson, from nearby Cooranga station, privately commissioned the memorial, presenting it to Rawbelle and Gayndah councils in 1921 in honour of the 270 local men who enlisted in WWI.

It's considered the finest work of Norwegian migrant and metal artisan Ernest Gunderson.

Gunderson combined Australian and British motifs, highlighting the imperial and national loyalties of the time: among them, the female figure of Britannia holding a shield of 'Liberty'; a laurel wreath encircling crossed flags and the words 'FOR KING AND COUNTRY'; mounted Light Horsemen; a British lion; kangaroos and an emu.

Although honour boards are a common form of war memorial, they are usually situated inside publicly accessible places such as the council halls. Not so Gayndah's: the WWI memorial stands in a square between the post office and library. Behind is a memorial garden including commemorative plaques to service personnel of WWII and conflicts up to Somalia. 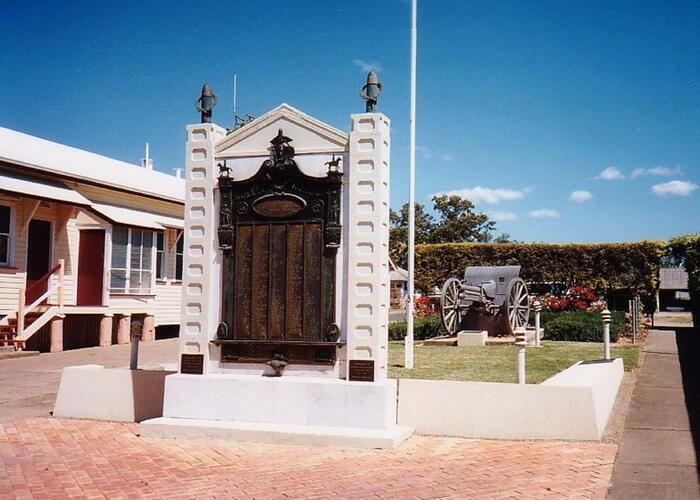