Australia's participation in WWI had an immense impact on the population. Almost one in five men who went to fight, died. That was certainly the experience in the Wide Bay's tiny farming community of Apple Tree Creek.

When war broke out, 50 farmers were registered in the post office directory. There was also a school, hotel and store. From that community, 77 men volunteered, a substantial proportion of a generation.

Marble plaques on each side of the plinth on which the soldier stands record the soldiers' names providing a lasting record of the community's involvement. The names of the 15 who died are inscribed on the front panel.

Apple Tree Creek's war memorial, within the community sports ground, has undergone significant restoration. Vandals destroyed the original soldier statue in the mid-1970s. A replica was unveiled in its place in 1999. 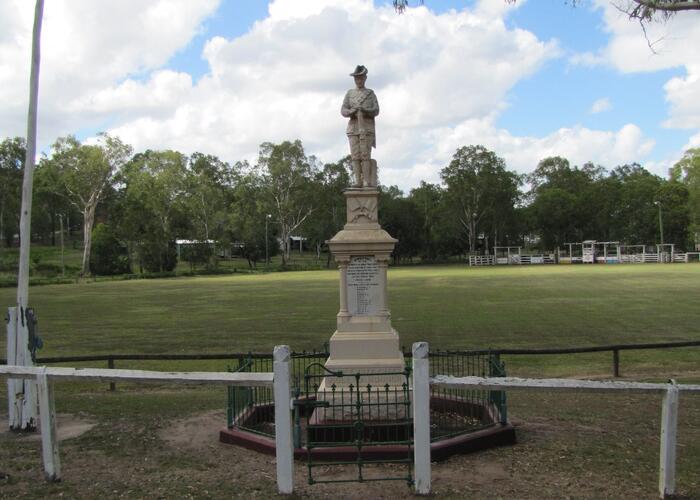 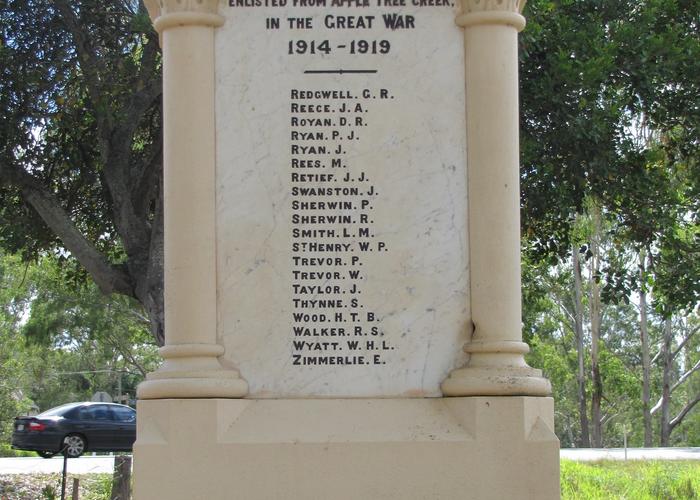